In 1973, the American League introduced the designated hitter to replace the pitcher in the batting order. The designated hitter, or DH, is the only position in baseball that never goes out on the field to play defense. Maybe they aren’t agile anymore, or maybe their feet hurt from now wearing comfortable shoes. We don’t see why: there’s a sale on athletic shoes that give you 20% savings.

There aren’t many players that are full-time DHs, but of those who did play most of their games at DH, there are some outstanding hitters who helped to make their teams great. The following are my picks for the greatest designated hitters of all time. 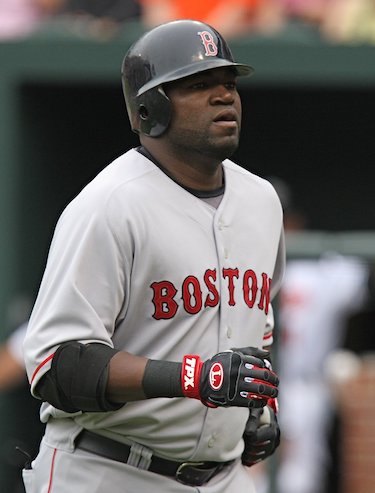 The greatest DH so far in history has got to be David Ortiz. “Big Papi” holds the record for hits, RBI and home runs at the DH position. He hit 480 home runs as DH! He has three World Series rings, all with the Boston Red Sox. David Ortiz may become the first player who played the majority of their games at DH inducted into the Hall of Fame. David Ortiz was upbeat and could often be seen with a huge smile. He is a hero to Red Sox fans, who are known to be critical and take their team very seriously. DH is all about offensive production, and Big Papi has produced the most by far. With 541 career home runs and 1,768 career RBIs, he will be remembered as one of the great power hitters in MLB history.

The second best was Edgar Martinez. The Outstanding DH award was renamed the Edgar Martinez award in 2004 after he retired, with the then-record 236 homers as a DH. He hit over .300 for 7 straight years from 1995 to 2001. He played his entire career with the Seattle Mariners, an anomaly in the age of free agency. Hall of Fame pitcher Pedro Martinez and closer Mariano Rivera both said he was their least favorite hitter to face. Since he became eligible in 2009, he has consistently gotten around 40% of the Hall of Fame vote, but due to prejudice against DHs in the voting he will probably never make it. However, because he has made large contributions to the Seattle Children’s Hospital, the Page Ahead Children’s Literacy Program and various other charities, he earned a spot in the World Sports Humanitarian Hall of Fame.

The third greatest DH was Harold Baines, who played for the White Sox, the Rangers, the Orioles and the Athletics. After 1986, he played almost every game in at the DH position, playing elsewhere only 24 times in 15 seasons. He was the first highly successful DH specialist. He has the record for most games played at DH, with 1,652 and he was the previous DH hits and home runs leader, with 1,688 and 236, respectively. He was a clutch hitter who pitchers feared facing in late innings. He was the opposite of a show-off, always quiet and professional. He has a statue standing outside US Cellular Field.

Frank Thomas is the fourth best DH of all time and is a power hitter comparable to David Ortiz. His nickname was “The Big Hurt” because of the way he could smash a baseball. Frank Thomas played for the White Sox for 15 seasons, ending his career with the Athletics and Blue Jays. He spent much of his career at first base, where he won two MVP awards in a row in 1993 and 1994. Due to injuries, beginning in 1998, he played most of his games at DH. He hit 269 home runs as DH and hit a total of 521 in his career. He was inducted into the Hall of Fame in 2014. He excited White Sox fans for a decade and a half and his spot in the Hall of Fame is well-deserved.

View all posts by GloryDays